The Newsletter of the Evangelical Missionary Church of Canada

Greg grew up as a missionary kid, and until the end of high school, lived back and forth between Southeast Asia and Canada. His parents were with the C&MA and first went overseas when he was one and a half.  Their field was in Indonesia on Borneo, the world’s third-largest island, and this small missionary family was among a handful of westerners in the city where they settled. They stayed for four years, involved in church planting and small church ministry. When they returned to Canada for their first furlough, Greg was in kindergarten and spoke Indonesian and English equally well. Unfortunately, to fit in, he stopped speaking Indonesian (even with his parents) as soon as he started living in Canada.

In Regina, Saskatchewan, home of the C&MA Bible College and Seminary, his dad pursued his MDiv. They stayed there until Greg was in grade three. After this, they returned to Indonesia, but this time Greg and his brother needed to leave their parents to live at boarding school. His parents grieved over this but there were no viable educational alternatives. This meant two and a half years in a boarding school on the island of Java, and then an additional two years in another boarding school in Malaysia (called Dalat School). Greg notes that the boarding school experience is different for all kids. The best part was living together with the other kids, but the downside was always losing friends. And it meant being away from his parents for 8 months of the year, with only letters to connect them. Even phone calls were few and far between as service was spotty. Twice a year, they boarded flights and transitioned to family life. Although this was not ideal, Greg knew his parents to be always real and authentic believers, as were his grandparents. He grew up with a good knowledge of Christianity and a rich spiritual heritage. As he looks back, he is very grateful for the strong faith and spiritual life of his parents and extended family.

Greg has memories of his mom praying with them and was told that he accepted Jesus as a preschooler, but it was in boarding school around grade 5 or 6 that he came to a turning point. “I made a decision to commit my life to Christ, and later was baptized by my dad.” This was followed by some re-dedications through the next several years as he wrestled with questions. “I eventually came to the point where I realized having questions and doubts is a big part of the journey and it isn’t sinful to have doubts. How we respond to our doubts is what’s important.”

His parents returned to Canada again, and all of Greg’s high school years took place in Regina. The family attended Hillsdale Alliance Church, where Greg gained experience as a youth leader and young adult sponsor. Although he never externally rebelled during his teenage years, he struggled inwardly with temptations and sin. “I wanted to follow Jesus but was experiencing a Romans 7 life. Often I thought to myself, ‘Who will rescue me from this body of death?’”

Coming Face to Face with Brokenness

After high school, Greg had no clarity about what to do next. He was familiar with Canadian Bible College in Regina, and decided to attend for a year or so, and enjoyed playing soccer and basketball as much as studying. His parents left for a five-year term overseas, so at age 18, he moved into a dorm. It was a growth year, even though the course material was familiar to him from his upbringing. He enrolled for the second year and began a Bachelor of Theology degree.  During these years, people would often say, “Hey, Greg, you’re a lot like your dad.  Maybe you should become a pastor.” They were recognizing his emerging pastoral and shepherding gifts, but Greg resisted – he wanted to be his own person.

At the end of high school, he had come face to face with his own brokenness and a strong need to protect his image. “I had a paradigm shift when I realized I was not different from others just because I grew up in a pastor and missionary home that was well connected in the C&MA, but I also needed God’s amazing grace. I think this shift in perspective protected me from feeling above others and helped me begin a more authentic journey of following Jesus.” By the end of his third year, Greg had begun to discover and embrace his own identity. He realized that God had wired him for pastoral ministry, similar but different from his dad. He felt called to discipleship ministry, not to solo pastoring, preaching, worship or youth. It would someday become his vocation.

In his fourth year at CBC, Greg met Sarah. She began her studies while Greg was away doing an internship at First Alliance Church in Toronto, Ontario. Sarah was not from an evangelical background, and God used two Christian sisters’ influence to draw her to Himself when she was in grade 11. After high school, Sarah did one year at the University of Victoria but was too late signing up for classes for 2nd year. She went to CBC in Regina instead. They had some courses in common and, soon, Greg noticed her. “I loved her genuine engagement with life. She was so refreshing and so authentic and straightforward.” They went to the college’s Christmas Banquet in 1990 and began dating a week later. After his graduation, Greg moved to Calgary and lived with his brother while getting established.

Getting a Bachelor of Humility

There were very few jobs in Calgary in 1991, but eventually, Greg got a job in a law firm’s mailroom. It was good for him – a regular paying job with no position or status. He was away from all his C&MA connections. No one knew him, or his parents, in this place, and he jokes that this is where he got his ‘Bachelor of Humility’ degree. He came to feel a calling to pastoral ministry while at the law firm, where he was learning to have ‘real conversations’ with people who didn’t know Jesus yet. In a big, impersonal firm, people needed somebody to care. “I realized I was already a pastor and that I was one whether I got paid for it or not.”

Sarah finished her degree in the States. They carried on a long-distance relationship until she returned to Alberta one and a half years later. They were engaged by the summer of ’93 and married in January ’94.

In ’95, while still at the law firm, Greg began looking for pastoral positions. In May of ’96, he accepted his first assignment as Associate Pastor at Westlock Alliance Church in Westlock, AB. He did a bit of everything in this role and continued there until May of 2002. During these years, Sarah and Greg became parents of a daughter, Renny, and then a son, Micah. At the Senior Pastor’s suggestion, he began a Masters of Arts in Theology at Regent College in Vancouver. He started in 1999 and took classes off and on until finally completing it 14 years later. Of this education, Greg says, “It allowed me to get knowledge while experiencing it in actual pastoral ministry. I could see how it was relevant and connected and how I could apply it.”

In his final year at the church, a conflict erupted between several church leaders that persisted and grew over time. Witnessing this up close but feeling unable to resolve it, disillusionment set in. He eventually realized he had to leave, but it was many painful months before he did so, even though he did not know what ministry role or job he would do next.

They moved from Westlock in 2002 and returned to Calgary. A relative told Greg of a position available at Centre Street Church. Pastor Ruth Esau was looking for a pastor to work with her. The relative made the introduction, and Ruth hired Greg as Pastor of Servant Development. “She had a broken pastor on her hands for the first couple of years,” says Greg. Slowly he began to heal and, looking back, knows God shaped him in significant ways during that painful time. “We should expect that conflict will be part of church life.  But we need to recognize that we as evangelicals are not great at working through conflict. We’ve got to learn to acknowledge our differences and get help in working them through in a healthy way with each other.”

Inviting People into a Next Step

Greg continues on staff at Centre Street Church and has transitioned through various pastoral positions over the years. Pivotel, in his ministry at CSC, has been his exposure to 3DMovements. This organization comprises diverse believers from around the world, intent on following Jesus together, multiplying disciples who make disciples, and empowering spiritual families to live on mission. Greg and others from CSC went through this training and learned with a cohort of leaders for two years. After getting a real sense of it, he and Sarah invited others to join them in experimenting with what they were learning about how to live as a spiritual family on mission, learning ways to do everyday life together. Greg notes how conversations began to change over time as people came to know and trust one another, especially in the smaller gatherings called Huddles. “It’s all about empowering missional disciples – engaging them in Jesus’ way of discipleship.”

The goal is to show Jesus-followers how to make disciples who will make disciples. Greg is passionate about helping people to grow spiritually and discover more of who God created them to be now. To this end, he is constantly inviting people into a next step. As for himself, he says, “I love how it’s bringing my family and life ministry experience together. There is an integration of my family life and my ministry life, and it just feels like a much healthier way to live.”

In his recreational time, Greg enjoys being out in creation – soccer, running, hiking. And when indoors, he likes to read. Greg and Sarah love traveling to see family and to visit new places. They took their kids to see where he grew up in Southeast Asia and visited their daughter while she was with YWAM in England.  They hope to visit the Holy Land soon.

As an Enrich Facilitator, Greg is available to help churches grow in experiencing missional discipleship, starting with a conversation about where you are at now.  Consider together how Jesus is inviting and challenging you to disciple people the way He did and how you can create a discipling culture in your church. Discern what next steps God is leading you into both personally and as a church community. 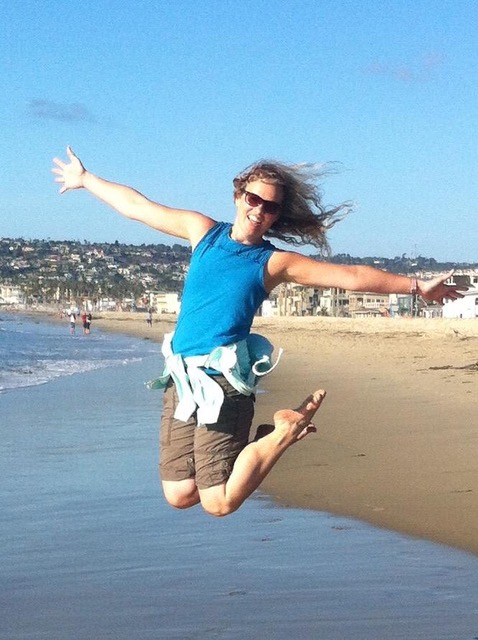